A guide to better town management in Caesar III

Caesar III can be challenging, even more so if your town is not productive. 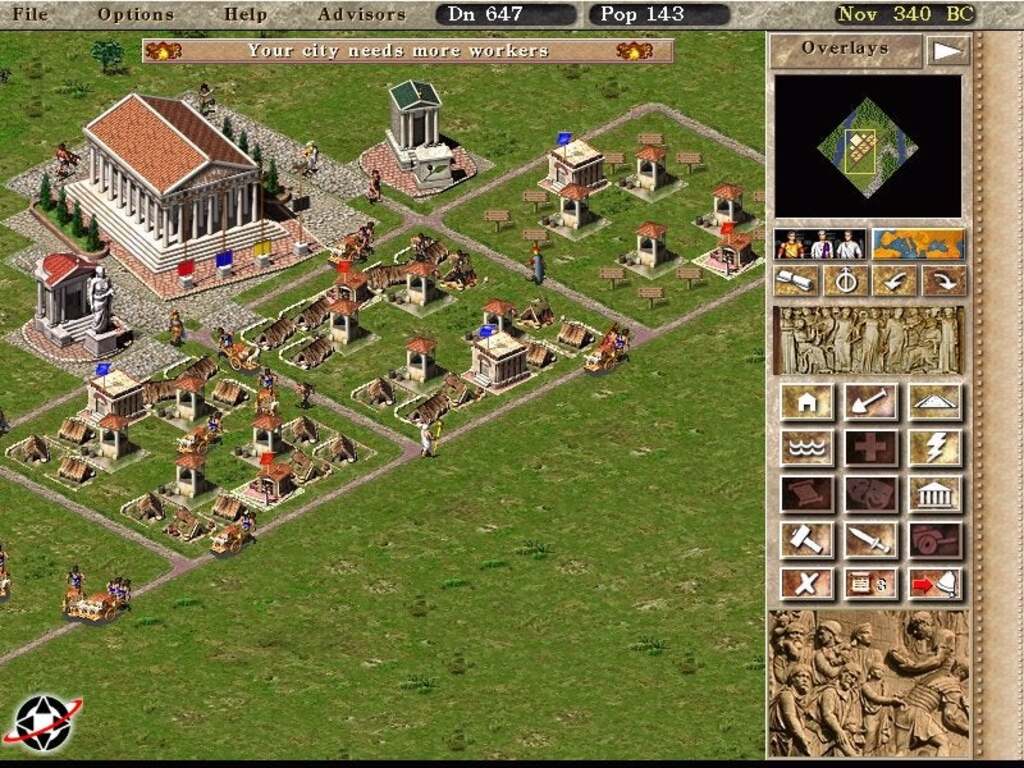 Caesar III is a good game, unlike a few others in it’s genre. The concept of building Rome from scratch, and slowly rising to the position of power, adds a zing to the game like never seen before. Pure power, total control. Building Colosseums to please your people, temples to please the Gods. But since you’ll be in control of the lives of hundreds, maybe thousands, of people, it’s very easy to mess up. Everybody needs water, entertainment, access to temples, and with limited space, this becomes difficult. Here are a few ways/rules which will make sure your empire runs as smoothly as possible.

Caesar III isn’t a tough game. What you do in the game is what the Senators themselves had to do in Rome, thereby making this game more lifelike. In the end it seems as if your people control you, not the other way around, but you must keep emigration and immigration in check at all times, to make sure your population doesn’t get out of hand. Play this game right, construct and plan right, like the great architects of Rome, and you’ll be fine. Aesthetics and Practicality are the keys to a good Rome.