Into thin air: The story of India's vaping ban.

With all the talk of COVID-19 and the vaccines coming out this year, I wanted to reflect on yet another epidemic that we could have prevented by acting differently. 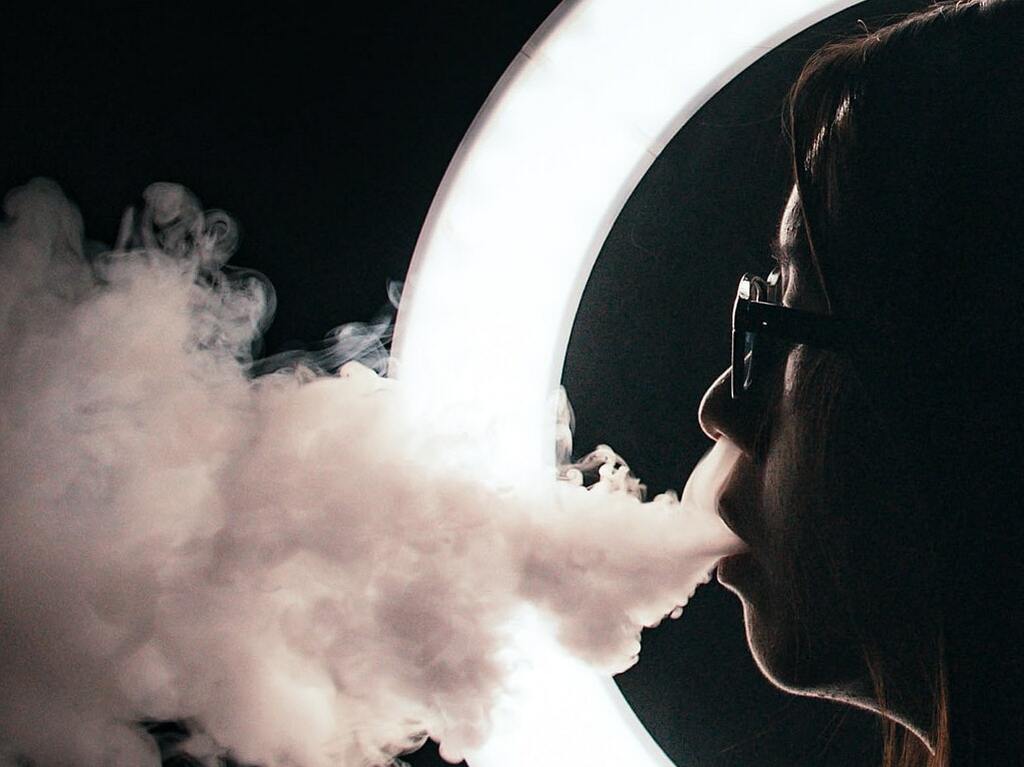 With all the talk of COVID-19 and the vaccines coming out this year, I wanted to reflect on yet another epidemic that we could have prevented by acting differently. And so I took a walk to September 2019 to understand why the vaping ban happened and if we could have made a different choice.

When e-cigarettes were introduced in India a few years ago, they helped reduce the health risks of smoking, as they had in other countries for many years. But an outbreak of vaping-related illnesses in the US, which is still inconclusive, led the US government to ban vaping devices.

But I couldn’t really make sense of the ban without doing some homework on what ENDS devices really are and how they’re different from cigarettes.

Traditional cigarettes release nicotine when the tobacco leaves are partially burnt. This partial burning produces tar, a brown-yellow residue which contains the majority of over 7000 chemicals found in cigarettes. Tar accumulates in the lungs and is responsible for the most significant health risks, including many cancers.

ENDS (Electronic Nicotine Delivery System) devices vaporise a nicotine fluid (hence the term “vape”) for direct inhalation by combining a nicotine fluid (or vaping fluid) with aerosolising agents. E-cigarettes don’t create tar, which makes them as addictive as cigarettes but significantly less harmful. ENDS devices also come in various attractive shapes and sizes, some as designer pens and others as USB drives. There are thousands of companies manufacturing ENDS devices with tens of thousands of different flavours, many that don’t contain nicotine. Advanced ENDS devices also let users control the amount of nicotine the device delivers.

Most of the ban on e-cigs brings up evidence of the health hazards of nicotine. In large doses, nicotine can cause mood disorders, problems with impulse control, and learning disabilities. But none of these is limited to e-cigarettes but is a problem with all nicotine-related products, especially cigarettes.

After watching the official statement, a reasonable person must conclude that JUUL was a big reason for the ban. It was perhaps the only reason that made any kind of sense. They produced the most attractive version of an ENDS device and the most successful marketing campaign. While JUUL is a traditional e-cigarette with nicotine and flavouring, it’s design, style, and branding make it arguably more dangerous.

JUUL is often called the “iPhone of e-cigarettes” because of its modern and eye-catching design. This moniker is not far from the truth as both its co-founders, James Monsees and Adam Bowen, are graduates of Stanford’s Design School, the alma mater of many Apple designers. JUUL’s design is particularly attractive to Gen Y (commonly referred to as millennials, those born 1980-1994). Millennials are often referred to as digital natives and were the first consumer age group to grow up with the internet in their lives. They have less interest in television advertising and lean more towards graphic content such as videos and animations.

JUUL’s marketing campaigns were directed at their target audience.

At sampling events, attractive young women would hand out free samples of their products to popularise them among the youth. At a sponsored event at the Sundance Film Festival in Utah, celebrities were photographed at the JUUL lounge. Their “Vaporized” launch campaign displayed happy 20-something models playfully posed in trendy dresses. Katy Perry was photographed holding a JUUL at the Golden Globes. JUUL positioned itself as the underdog taking on Big Tobacco to resonate with idealistic youth. It was not surprising that these strategies were effective - they had been effective once before for Big Tobacco.

And so the first company to successfully commercialise vaping turned a cigarette de-addiction device into a lifestyle phenomenon. As a result, there is an influential culture around vaping all over the world. These strategies made JUUL one of the fastest startups to reach a $10 billing valuation, about 4 times faster than Facebook.

Over the last few years, governments and regulators globally have seen the dangers of JUUL’s lifestyle marketing. With the global tobacco industry declining and smoking dying a slow death, no country is ready to reverse the trend. JUUL is now facing lawsuits across the globe, 39 states in the US are investigating there marketing to teenagers, and 179 organisations are calling on Google to follow Apple and Amazon and ban apps that promote vaping and smoking. JUUL is taking a beating globally as indicated by a declining valuation and layoffs across the board. Still, it may not be out for the count just yet.

So why ban ENDS in India?

The Indian government’s position on the ban is centred around protecting the youth from yet another way to access nicotine. Their claim largely rests on the fact that the attractive marketing and form factor of JUUL, coupled with nicotine’s addictiveness, makes it a dangerous product worthy of a preemptive strike. Given the past advertising tactics of JUUL’s owner, Philip Morris, it makes sense to over-protect younger audiences from seductive marketing of addictive products, especially when said marketing is proving useful.

Globally, in 2006, 27% of adults were smokers. In 2016, the number was 20%. That is a 25% drop in 16 years. Smoking is less attractive to younger people, meaning the US’s advertising push in the 70s is beginning to die. So an argument can be made that we shouldn’t make smoking attractive again and let it die a slow and natural death globally. But there are two problems to this strategy. First, nicotine itself is available as cigarettes and cheaper ENDS devices from street vendors where age verification is unreliable at best. Second, nicotine is available as Nicotex, which is a pack of over-the-counter nicotine gum. Both are available and readily accessible to the younger age group.

Nicotine addiction and marketing to young children are two different problems with different solutions. We already have bans preventing alcohol and cigarette companies from advertising on TV, and this regulation could have been extended to ENDS devices. While controlling advertising on social media would have been a more significant challenge, it still would have effectively controlled advertising targeted at the youth, and allowed older audiences to use ENDS devices as smoking cessation tools.

But when 45 million households in India rely on tobacco production as a source of their income, its regulation, control, and health risks take a back seat to broader economic concerns.

A notable fact is that the day Nirmala Sitharam, then Finance Minister, announced the e-cigarettes ban, the stocks of cigarette manufacturers jumped by leaps and bounds. This, along with the government’s stake ITC, raises serious questions about the ban’s intention.

After spending some time on YouTube watching the coverage of this ban, I found a somewhat surreal argument repeated several times: vaping, while admittedly less harmful than cigarettes, should be banned, but banning cigarettes is out of the question because it would cause economic hardship.

India is, as a country, addicted to smoking, and I don’t just mean active smokers. Since less than 1% of Indians are even aware of vaping, it raises the question of whose health or economic interests are protected by the ban.

In 2010, 275 million Indians were smokers, of which almost 65% consumed bidis or chewing tobacco. In 2016, this number was around 190 million. After India banned chewing tobacco, the number of consumers came down significantly. Some consumers shifted to the black market, while others found nicotine alternatives. Due to the shift into the black market, there is now less visibility into its impact on public health. This has started happening with vaping and smokers are switching to cheaper and lower quality vapes from China.

There are 80 million fewer smokers in India today primarily due to banning cigarette marketing and raising awareness, which is a much more effective strategy to combating nicotine-addition than an outright ban which moves consumption into the dark.

Tobacco is a “multi-barreled gun and kills you in many ways”. Vaping can solve many of these problems by removing the most harmful aspects of cigarette smoking. Smoking kills 1,000,000 people a year, of which 300,000 die of cancer, and the rest due to other tobacco-related illnesses. Overall, much better ways of regulating the sale of ENDS devices remain. Regulating there sale online, adding age-verification controls, and improving KYC requirements and price controls can ensure that sales are controlled, accountable, and not available to all age-groups. The outright ban of ENDS compared to more dangerous cigarettes seems extreme.

The ban makes the underlying economic concerns all too apparent. Smoking kills one out of every two people. With millions of active smokers in India, this question will need a better solution. While the ban has mostly moved JUUL and Vape out of the market, those who still value their health resort to black market goods to avoid smoking cigarettes. This choice to either smoke or choose dangerous alternatives doesn’t seem like a choice at all. Several movements are trying to persuade the government to lift the ban and take a more targeted approach to protect the youth rather than carpet-bomb the futures of so many unwilling smokers.

Right now, we’re all preoccupied with COVID-19. And I wonder when the smoking epidemic will take centre stage in our public consciousness. When it does, I hope we face it with the same urgency and foresight.